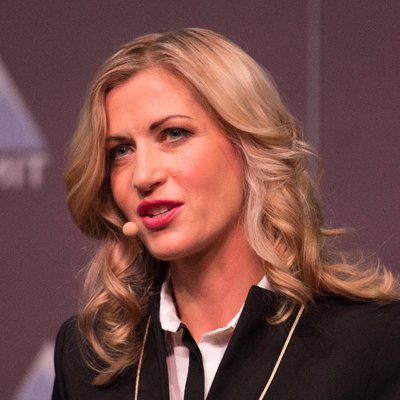 Olga Feldmeier is CEO & founder of SMART VALOR. Prior to that, Olga held the position of Commercial Managing Partner at Xapo, a prominent Bitcoin start-up from Silicon Valley and was responsible for strategic topics and the establishment of the company in Switzerland. In a close collaboration with Swiss authorities and financial regulator she successfully handled licencing process. As the result Xapo became the first Bitcoin custodian to have received a permission to operate in Switzerland without banking license.

Olga’s professional background is in banking: she worked for Barclays Capital in London and UBS in Zurich. At UBS Wealth Management she was Executive Director and the head of Central and Eastern Europe regional distribution. Olga started her career with a 5-year stint at the Boston Consulting Group (BCG) where she focused on strategy projects at financial institutions such as Deutsche Bank, Unicredit and Commerzbank.

In Switzerland, Olga is known as one of the founding members of the Crypto Valley community, an early supporter of DigitalSwitzerland and a mentor at Kickstart Accelerator, the largest European accelerator program. In 2017 the leading Swiss management magazine BILANZ nominated Olga as one of the top 100 digital shakers of the country.

Regular speaker at conferences and universities, Olga is also a co-founder of BLOCKCHAIN SWITZERLAND and is in the core investment team of Crypto Valley Association.

Originally from Ukraine, Olga was awarded a scholarship by German government and graduated from Ludwig Maximilian University in Munich, Germany.

All Sessions by Olga Feldmeier

Olga Feldmeier
Manage Cookie Consent
To provide the best experiences, we use technologies like cookies to store and/or access device information. Consenting to these technologies will allow us to process data such as browsing behavior or unique IDs on this site. Not consenting or withdrawing consent, may adversely affect certain features and functions.
Manage options Manage services Manage vendors Read more about these purposes
View preferences
{title} {title} {title}