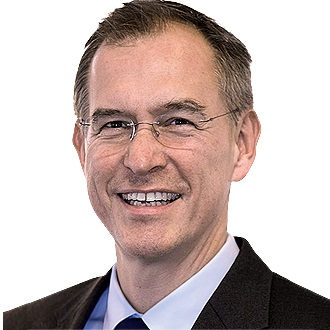 Peter Amon has over 27 years of international experience in building & scaling up FMCG and B2B brands & businesses for leading players like Nestlé, Unilever, Kraft or Aramark. In his last position he was in charge of the global foodservice business of Nestlé as “Head of Global Food” with an organization in over 80 countries and revenue of 2,3 bn CHF.

Between 2009 and 2012 Peter was part of the executive leadership team of Aramark, a global catering and facility management company with 250.000 employees; first as Head of the German business / Vorsitzender der Geschäftsführung and later as President Continental Europe.

From 2005 till 2008 he led the Unilever Food business in China based in Shanghai. In 2004 and 2005 he was responsible as Business Unit Head / Geschäftsführer Deutschland for the German food business of Unilever Bestfoods. In the years prior Peter held various leadership positions with increasing responsibility for Kraft both in Europe and in North America; among them Marketing Director Kraft Germany, Director Commercialization Europe and Director Strategy North America.

Peter started his career with Unilever in Germany and the Netherlands.

He is active in various boards as a Non Executive Director and also member of YPO/WPO, a global association of industry leaders.

All Sessions by Peter Amon

Peter Amon
Manage Cookie Consent
To provide the best experiences, we use technologies like cookies to store and/or access device information. Consenting to these technologies will allow us to process data such as browsing behavior or unique IDs on this site. Not consenting or withdrawing consent, may adversely affect certain features and functions.
Manage options Manage services Manage vendors Read more about these purposes
View preferences
{title} {title} {title}