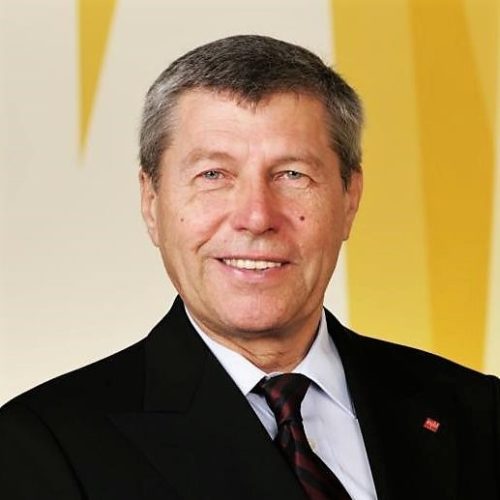 Peter Loeschl, born 1945 in Austria, studied law at University of Vienna and was employed in numerous management positions in Austria, UK, Netherlands, Romania, Hungary and Germany. He held management positions at Sperry Rand for Europe and Worldwide, at Hewlett Packard for Central and Eastern Europe and at Siemens Business Services as Country manager for CEE countries. Peter Loeschl`s last position before joining the Team of “ABA-Invest in Austria” 60 months ago was Member of the Board and then CEO of an Austrian Automotive Supplier with subsidiaries in Austria, Germany, France, UK, Spain, Hungary, Slovakia and Romania. He has extensive experience in Product development, R&D and Sales & Marketing. He is also running his own company for Business Consulting since 2008. Now Peter Loeschl is supporting the Team of ABA, focusing on the CEE and Central Asian countries. Peter Loeschl has received Medals from the local government of Lower Austria (Golden Medal for merits), from the City of Deta/Romania ( honorary citizen), from the Government of Austria (Title: Commercial Councilor).